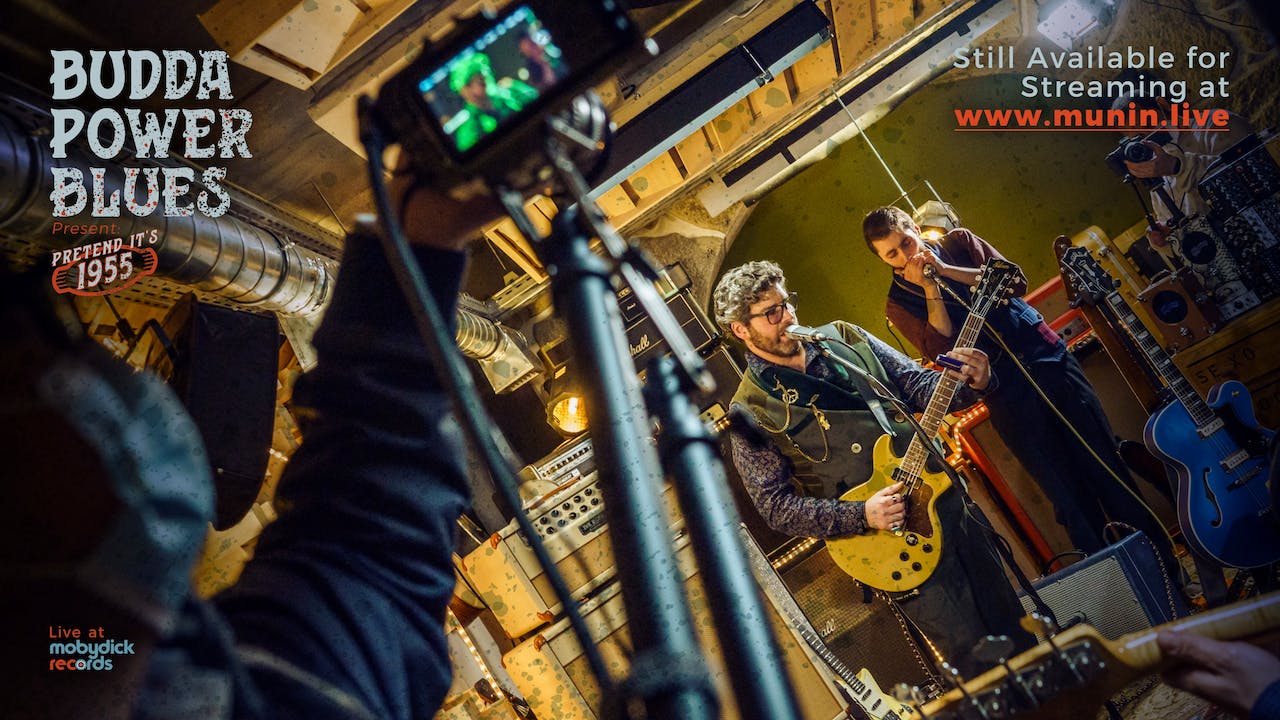 The Portuguese Power trio revisit their songs pretending we were in 1955. No big Drums, no guitar pedals, before the British Invasion and right when Blues was electrified. It’s a special show made specifically for this live streaming.

For those who know the Power Trio, this is a unique and very special show, where songs are stripped down to their essentials, in a parallel universe, traveling back in time as if they were created in that golden era!!

About Budda Power Blues
Acclaimed by the press as the best blues band in Portugal, Budda Power Blues are a Blues Rock Power Trio from Portugal, with a huge jamming component and a powerful show.
The band has its roots deep into the blues school, but is all but classic Blues. All the Blues Giants were innovators, and that's how the band feels about the blues. "We have the obligation to bring the blues to the XXI century, keeping it fresh, new and alive", says Budda.
"This is my Blues! 21st century! Blues is a Feelling and no one will stop me from playing what I feel within! All my idols changed the face of the Blues, they made it new, fresh, Blues delivers the news!" - from "Blues is a Feelling".