Skip to main content
Ordinary ticket include: - Re-watchable to May 10th 23:30 - Access to main show (approx. 70 minutes). - Access to livestream chat where you will have the chance to get your questions for Baard selected by the host, answered, and explained. On May 8, for the first time, Baard Kolstad will perform a full drum show. With the drums 100% in focus, the Leprous drummer will take you behind, in front, and to all possible sides of his drum kit, allowing you to experience the most unique and intense perspective on his drum performance possible. With exclusive playthroughs, drum solos, and a special cover or two, this performance should not be missed. The show will be hosted by fellow drummer Simen Sandnes.
✕ ✕ 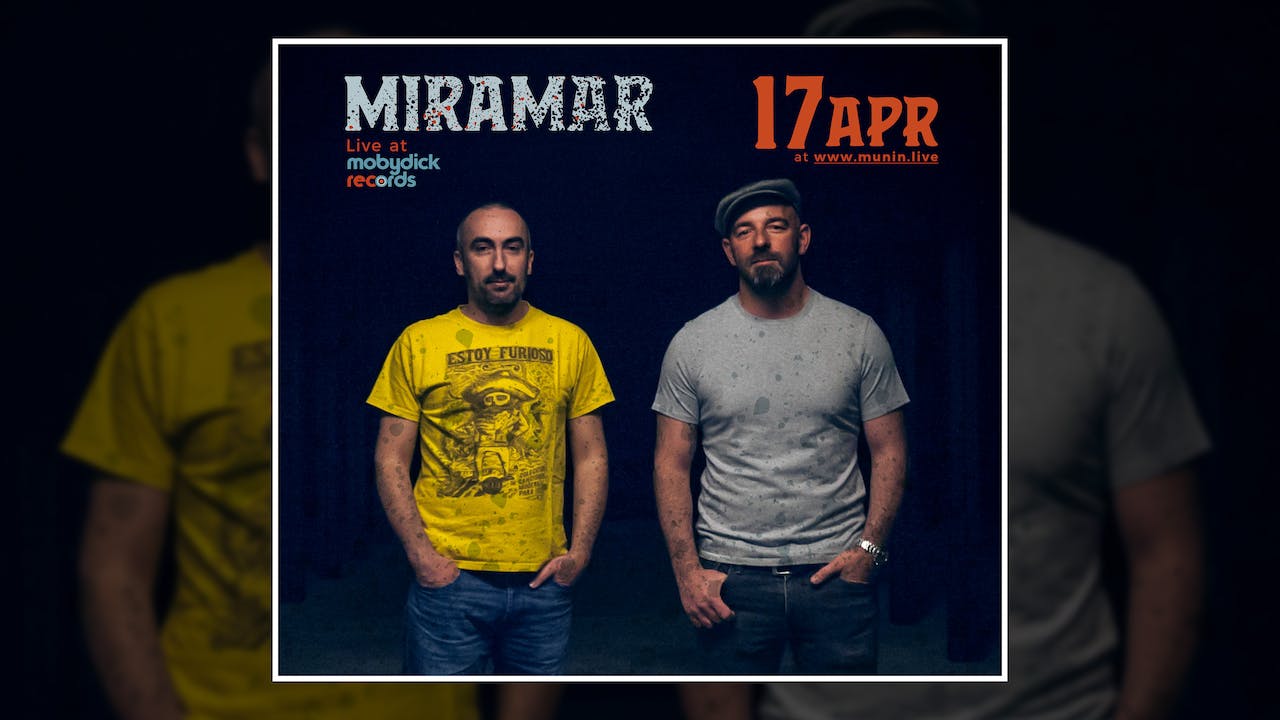 MIRAMAR – Frankie Chavez & Peixe
Even though they hail from different latitudes, and they have trodden different paths, Frankie Chavez and Peixe are united in their work with the guitar. Their music is rich, without ever becoming excessive. It’s coherent, without ever becoming repetitive. Live, they perform over a background of images that are manipulated in real time; a “concert-film” that stands out by the mutual inspiration the dual universes of music and image play on each other and that audiences readily take in.

Their homonymous album was released in January 2019 and it was considered by the press one of the best Portuguese albums of the year and nominated for Best European Independent Album by The IMPALA Awards. In 2020, months after their participation at Eurosonic Festival in Groningen, Holand - where they were largely acclaimed - Portuguese Authors Society (SPA) distinguished “Guitarras”, a song from the debut album, with the prize “Best Popular Song”.

Still in 2020, due to restrictions associated with the covid-19 pandemic, they participated via streaming at Westway LAB Festival (Portugal) and at SIM São Paulo (Brazil).

Miramar are currently in studio preparing their second album which will be released in late 2021.